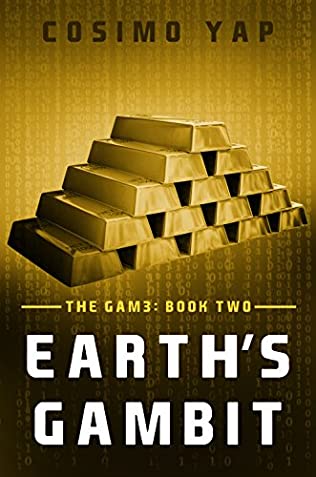 This is the second book in The Gam3 series.

The Earth has changed. War is now fought in an alien virtual reality—the Game—where many of the players are anything but human.

Now part of the Black Rose guild, Alan heads to the Academy to level up and get stronger. He hopes to make allies and learn skills to win the battles to come. But with everyone pursuing their own agendas, what can one gamer do in a universe he still doesn’t fully understand?

I enjoyed reading this book. The storyline was good, the characters are great and the plot developed at a good pace.

Alan is a good character, although he’s a little bit naive when it comes to some aspects of the game. He relys on his AIs a lot and would be a mess without them. He’s also clever enough to gains the abilities he’s good at. It’s interesting to see him develop as he progresses through the game.

The world building is brilliant. Everything is so vivid and imaginative, which is what makes this book as good as it is. The off planet visits and other types of players are described brilliantly.

The storyline is interesting, although it can get a little complex at times. I absolutely love the pop up messages that Alan gets, and the missions. I love the way they formatted. It adds the the story and world building.

Overall, this is a brilliant RPG book. The storyline is great and the characters are good. I would definitely recommend it.